The Power of Habit

The Power of Habit by Charles Duhigg begins by telling a story of an old man named Eugene who lost much of his memory due to the rare spread of a certain virus. A slightly grumpy old man, particular about his bacon and eggs and prone to repeating information, he changed much of what we have come to know about memory and the brain’s capacity for rituals.

Rather than burdening us with neurological jargon, Duhigg explains the way our brains form habits through countless examples about lovable old men, inspiring football coaches, and monkeys that really, really love fruit juice.

When my friend recommended this book to me, I expected one of two things: a textbook, or a pseudo-scientific manual overselling the benefits of this man’s chosen approach to life. Instead, Power reads more like a compelling piece of journalism – smart, funny, and highly applicable. As a person with depression and GAD, I did not feel as though this book suggested that were I not able to complete my habits every day, I would be doomed to a life of poverty and mediocrity. Rather, by showing the power of habit in Eugene – a man with a neurological disability – I felt as though developing habits could help my body run on autopilot even when it felt too depressed to move. Jury’s still out on that.

How Long to Build A Habit?

I also found some comfort in this article. Duhigg doesn’t broadly state that it takes 28 days to build a habit – only that some participants were able to build habits in that approximate timeframe. The study that Oliver Burkeman references here claims that 66 days is a more reliable average, though it depends on the individual and the ease of incorporating the habit; actual answers ranged from 18 to 245 days. The study also indicated that you can miss a day and still build habits – great news for those of us who occasionally struggle to get out of bed.

The Seven Habits of Egotistical Douchelords

All that said, I’d like to contrast this with the other popular book on habits: “The 7 Habits of Highly Effective People”, by Stephen R. Covey.

I saw the problems with this book in part one, where Covey discusses his son:

“One of our sons was having a very difficult time in school. He was doing poorly academically; he didn’t even know how to follow the instructions on the tests, let alone do well in them. Socially he was immature, often embarrassing those closest to him. Athletically, he was small, skinny, and uncoordinated — swinging his baseball bat, for example, almost before the ball was even pitched. Others would laugh at him.”

In high school gym, I was the only person that could not hit a baseball. They pitched it twenty times. I was laughed at. It was absolutely mortifying. I still remember the shame. I couldn’t look most of those people in the eyes for the rest of high school. And it sucked. I learned I am just not cut out for sports.

Yet his parents persisted. Covey says, “our son would cry and insist that he’d never be any good and that he didn’t like baseball anyway.” And they persisted.

Why do you give a fuck if your kid can’t hit a ball and is a little socially awkward? He could go on to be an awkward, introspective, uncoordinated CEO of a Fortune 500 company. If Covey expects “Highly Effective People” to be without flaws, we’re all screwed.

Then Covey laments the days of old when we focused on character ethics rather than personality maxims. He calls such books “clearly manipulative, even deceptive.” Meanwhile, he brands each of his Seven Habits with a trademark… and these aren’t personality maxims?

Then there’s the way he talks about everyone else as though they’re below him: “we find people often for selfish reasons, leaving their marriages, abandoning their children, and forsaking all kinds of social responsibility — all in the name of independence.” Sure, some people lack maturity and make stupid choices. But often? Often enough that you need to make a general statement about the maturity of those that leave their marriages?

Who the fuck made you judge? By what metric do you consider someone to be “highly effective”? Are those that leave their marriages for reasons not adequately mature enough for you ineffective and doomed to fail? Do you consider yourself so highly effective that you are in the position to preach to everyone else about what it looks like?

One book is a cult, and one book shows endearing human examples to teach a point about neuroscience. The latter does not tell us what habits to choose – only how we can most effectively go about choosing them.

Read Duhigg. I got through the first section, on habits of individuals, in one afternoon. Then, go read a summary of Seven Habits to consider whether they’re worth it to you. The latter book itself is, at best, a waste of your time. 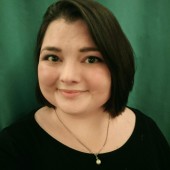 The Cognitive Behavioral Workbook for Anxiety, William Knaus: A Review

Onus: Taking the Lead in Conversations with Your Mentally Ill Friends